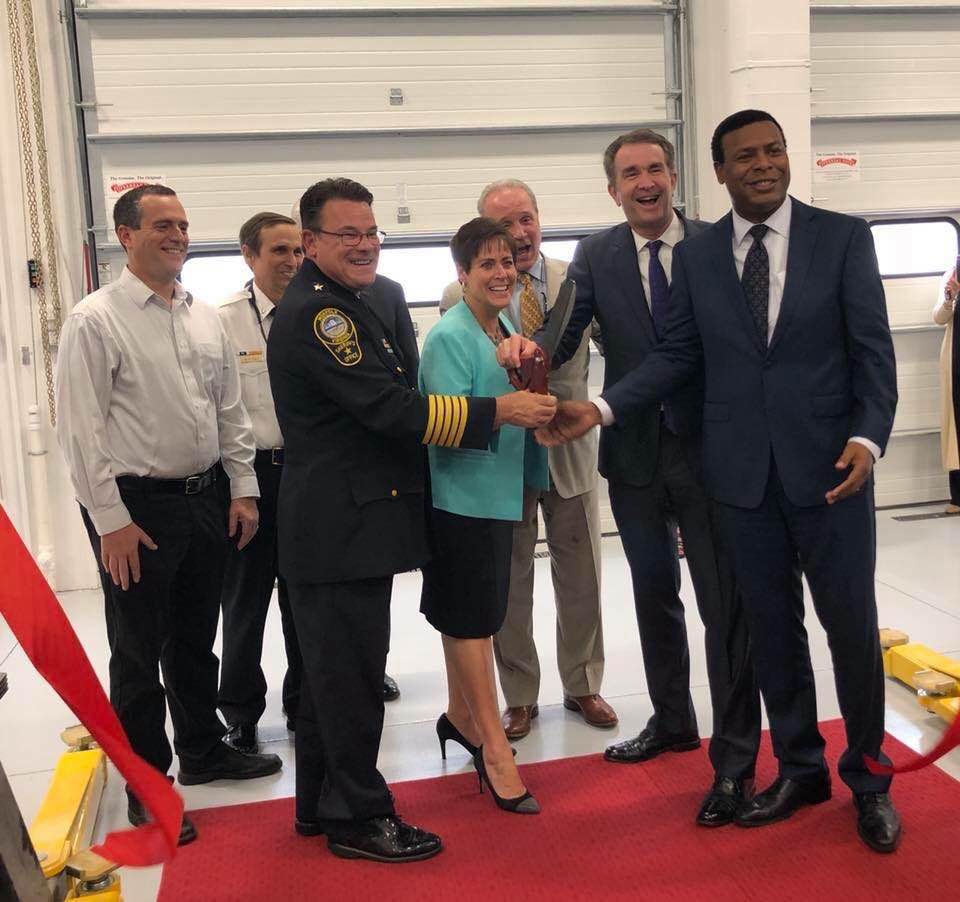 Priority Automotive is joining with Tidewater Community College and the Norfolk Sheriff’s Office to put the brakes on crime and give repeat, non-violent offenders a new lease on life. Virginia Gov. Ralph Northam joined Priority Automotive, TCC and the Norfolk Sheriff’s Office Thursday afternoon to unveil the automobile dealer’s new Priority Technical Training Center in Chesapeake, where 16 non-violent offenders from the Norfolk Jail have already begun training for solid jobs as auto technicians.

“Teaching non-violent offenders to make a good honest living and put their past in the rearview mirror is good for our communities, good for our law enforcement agencies, and good for Priority,” Priority CEO and President Dennis Ellmer said. “This may seem like an unlikely partnership, but it just makes perfect sense.”

Built and funded entirely by Priority, the state-of-the-art automotive center opens as dealerships across the country scramble to find highly-skilled auto technicians to service vehicles that grow more technologically advanced by the day. Ellmer said he got the idea during a trip to Fiji, where he met a tour guide who earned a tourism degree while incarcerated in a local jail. “I thought, ‘Wow, we have to do something like this back home,’” Ellmer said.

So he did. Not long after his return, Ellmer shared his idea with former TCC President Edna Baehre-Kolovani, who loved the idea. The pair approached the Norfolk Sheriff’s Office, where Lt. Col. Mike O’Toole helped bring the concept to life. “We have people coming out of our jail with few opportunities for worthwhile employment because of their past,” O’Toole said. “And with no way to find a decent job and make an honest living, they sometimes resort to old habits and wind up right back here in jail. There’s both a social and financial cost to that for taxpayers. It can be a revolving door that just keeps spinning. This program is designed to put an end to that.”

In fact, it costs Norfolk taxpayers an average of $26,000 to house a single offender for one year, said Norfolk Sheriff Joe Baron. “What we know is over 96% of our offenders are coming back to our community,” Baron said. “We also know former offenders are less likely to return to jail if they have gainful employment at the time of their release. By funding the cost to build the center and pay the trainees’ tuition, what Priority is doing here is nothing short of life changing for these inmates. And great for the community.”

Sheriff Baron’s office has been instrumental in implementation of the program by evaluating and selecting participants, providing transportation to and from class and work, and providing tools and facilities for inmates to study and complete homework assignments. The Norfolk Sheriff’s Office has had a work release program in place for more than 30 years, with inmates working at businesses in the community. “This is a logical next step,” Sheriff Baron said. “Combining our work release program with an educational vocational program is a natural next step in promoting rehabilitation and saving tax dollars by reducing the number of people who return to jail.”

Located just behind the Priority Infiniti dealership in Chesapeake, the new Priority Technical Training Center has been two years in the making. The Center includes 12 repair bays, and will train 16 non-violent offenders for careers in automotive repair through a 2-year certified program offered by Tidewater Community College.Tidewater Community College President Gregory DeCinque sees the program as a valuable resource for Hampton Roads. “The Priority program is the latest example of TCC focusing on access to educational opportunities and responding to the needs of the automotive industry to train additional technicians. Ultimately, this will not only improve people’s lives but also our regional economy,” he said.

Classes start in September and end in May. Trainees will attend class full time two days a week and work at Priority dealerships three days a week. After completing their second semester, trainees will be offered full-time jobs at one of 14 Priority dealerships across Hampton Roads. They will also have the opportunity to continue their education, earn new certifications and even earn an associate’s degree from TCC.

“This is not just about saving taxpayers money or filling jobs at my dealerships,” Ellmer said. “This is about giving these people a sense of worth, a second chance, and an opportunity to live the right way and do the right thing,” Ellmer said. “And we think that’s good for everyone.”

This email address is being protected from spambots. You need JavaScript enabled to view it.